Sever’s Disease isn’t in truth a disease at all, but a heel injury caused by growth spurts in children. If your child is experiencing foot pain, Marc House, DPM, of Kinetic Foot and Ankle Clinic in Aurora, Colorado, is a highly skilled foot and ankle surgeon who has the expertise to treat children with Sever’s Disease. Call the clinic today to make an appointment, or use the online booking tool.

What is Sever’s Disease?

Sever’s Disease, or calcaneal apophysitis, is an inflammation of the tendon in the heel. As children grow, they go through growth spurts, and sometimes the heel bone grows at a faster rate than the surrounding tissues. The accelerated bone growth causes muscles and tendons to stretch and become too tight.

Children who play sports regularly, particularly those that involve running and jumping, are particularly prone to Sever’s Disease because the extra strain placed on tendons by the shock of the impact on hard surfaces causes further stretching. That means children who play soccer or basketball, or who run track are most vulnerable to Sever’s Disease.

Sever’s Disease can also be caused by:

What are the symptoms of Sever’s Disease?

The stretching and inflammation of the tendons lead to symptoms such as:

How Is Sever’s Disease Treated?

Rest is often the best cure, allowing time for the tendon to heal. You should make sure your child isn’t undertaking strenuous exercise until the foot heals, and any return to physical activities should be started and increased gradually. You can also use ice packs or coolant gels to reduce inflammation and swelling.

Dr. House may recommend further treatments to help ease the pressure on the tendon and allow it to heal, such as:

The good news is that Sever’s Disease only affects children as they grow, so once your child reaches physical maturity, they won’t be at risk. If your child has pain in their feet, make an appointment to see Dr. House and find out what’s causing the pain and how best to treat it. Call Kinetic Foot and Ankle today, or book online. 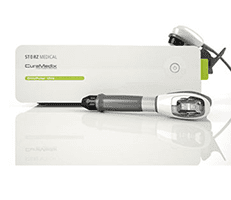 Non-invasive treatment options for your foot and ankle health. 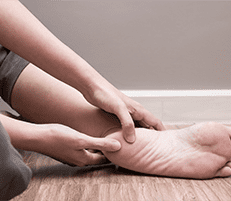 Sudden or chronic heel pain can slow you down, find out if plantar fasciitis is the cause. 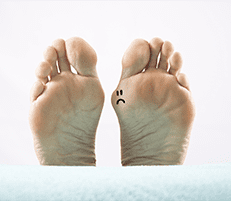 Bunions are mechanical changes that develop and can worsen over time. 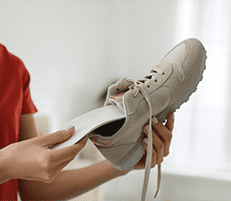 Custom orthotics are designed for each patient by Dr. House to address their specific foot and ankle concerns. 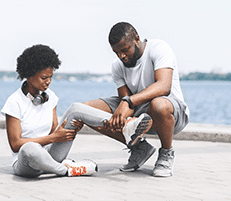 A sprain or strain of the ankle should be evaluated by a specialist like Dr. Marc House to determine the extent of the injury and a treatment plan for recovery. 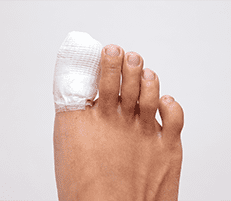 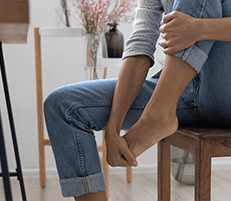 Pain in the foot or ankle should not go untreated! Uncover the cause of your foot pain. 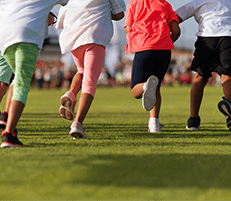 Specific to children and adolescents, Sever's Disease is characterized by pain in the heel.